When a virus pushes you around — you Push Bach!  That’s right!  Join the counter virus of joy and beauty.  Post your Shelter-In-Place Push-Bach Video!!  #viralpushbach 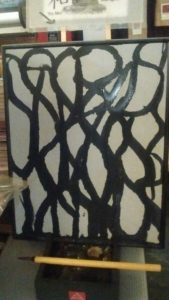 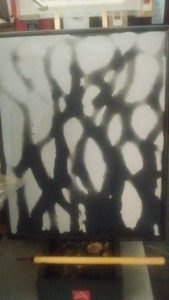 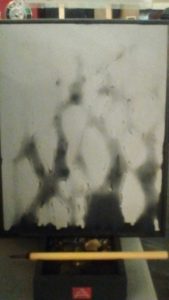 Periodically sections of the Santa Barbara foothills erupt in flames, and in a matter of hours or days decades’ worth of over-and undergrowth is vaporized. Branches and leaves of the chaparral are indifferently reduced to formless ash. The slate is cleared. Everything that is vital and future is now hidden underground. This, forestry experts tell us, is the natural way of things. The health of the foothills depends on a periodic clean sweep of fire. During long years of growth, plant life on our sunny southern slopes captures light energy and stores it in rich organic compounds. Think of it as a great energy inhalation. And then comes the day when all that captured energy is released—a great exhalation. For every action there is an equal and opposite reaction. The frightening glow of firelight is only sunlight transformed and released again. Nothing is held in form forever. Energy is more enduring, continuous, and of a higher order than the forms it regularly inhabits and disposes of. Hindu philosophy symbolizes spirit with the Sanskrit letter OM, but also spells it with three letters, AUM, to represent the phases of creation, maintenance, and destruction. No living form, object or event is exempt from these three phases. The forms blow in and out of existence, but the AUM remains.

Of course, humans find fire frightening and fascinating. A wildfire can be deadly or financially devastating. I’m all in favor of nature doing her thing until my home is built in her foothills. Then I no longer acquiesce so readily to her laws and ways. I am naturally self-centered and myopic about my concerns, comforts, livelihood and vanities. I take the whole thing personally. And yet, loss and ash are seldom the final word in human life, just as for the chaparral. Like the health of the latter, it may be a good thing, now and again, for some event to declutter life and chase the vitality back to the root, where, emerging again, it may branch in a new direction, with tender stems, new possibilities and open access to sunlight.

The Covid-19 viral event is like no other in our experience. From one perspective, it is a universal conflagration, thinning out the human population by some significant, if relatively small, percentage. From another perspective, it is a slow, creeping burn, which like Santa Barbara County’s 2007 Zaca Fire, will be with us for months. (The smoke from that fire gave this writer the worst pneumonia he has ever contracted). And all of us, in a defensive maneuver called ‘shelter-in-place’, have retreated to our roots, and abandoned the leaves and branches of nearly all outward living. Understandably, we experience this as irksome, inconvenient, frightening, unprecedented, unsustainable, anxiety-producing and even boring. But is it all bad? Why can’t this also be an unparalleled opportunity to face ourselves? Liberated from habitual conformity to entrenched patterns, we might recall someone prior to our acquired identity. We might rediscover, in seed form, affinities and aspirations made invisible and forgotten by the dense covering called ‘making a living.’

I’ve always been attracted by Socrates’ assertion that philosophy is the practice of dying, as described by Plato in the dialogue, Phaedo. Socrates is well aware of the absurdity and morbidity provoked by this assertion, at first blush. ‘Philosophers are already half-dead’ jokes one of his listeners. ‘No one deserves death more than the philosopher,’ ominously jokes another. Socrates, ever generous yet subtle, surprisingly accommodates both points. Yet, he insists, those who make such snarky dismissals are not aware in what sense they are correct, because they don’t understand what death is. Death is a purification, a separation of the mind from the realm of form. The philosopher ‘practices death’ through a regular discipline of abstraction. No one is more vulnerable emotionally, or inflexible psychologically, than the person rigidly attached to social identity and possessions. Whether by fire, flood, epidemic or mortality itself, the mind will eventually be purified of accretions, and then the naked question remains, ‘Who am I?’ Why not preempt the inevitable by facing facts now, drawing back to the root of being by asking, ‘Who would I be without this job, this name, this home, this nation, these relationships, these roles? What duty or desire to live would remain relevant under comprehensively different circumstances? What motivation might stay intact were my personal goals suddenly nullified?’