When a virus pushes you around — you Push Bach!  That’s right!  Join the counter virus of joy and beauty.  Post your Shelter-In-Place Push-Bach Video!!  #viralpushbach

A CONSERVATISM OF LOVE

What is a conservative? One who conserves something. Conserves what? Conserves enduring principles thought by common consent and reason to be essential to society, politics, religion and the economy. Why should principles need protection or conservation? What is the danger? The danger is illegitimate innovation, bastard liberality that would waste and divert resources toward miscreations, and draw attention away from founding principles. Conservatism protects society from losing anchor and running adrift.

Constitutional government is a form of conservatism. The principles of the constitution are preserved, consulted, clarified, and applied. Practices and policies are not merely compared and contrasted with one another – ‘horizontally,’ as it were – but are analyzed ‘vertically’ in relation to that invisible object of reason called principle. Reason is important here. The U.S. Constitution is the child of the European Enlightenment, a cultural efflorescence that followed the emancipation of reason during the Renaissance. The founding principles of the Constitution – justice, equality before the law, liberty, freedom of expression, etc. – did not underlie the theocracy of the dark ages. The feudal system and the Church’s rule were found to be arbitrary, irrational, superstitious and oppressive according to the light of reason. Likewise, the imperial reign of England over colonial America was also found to be an arbitrary and unjust ordering of society, when assessed by reason.

Conservatism, then, is not the mere preserving of form, but of principles that are the roots of form. A conservative might well be antagonistic towards illegitimate practices and policies, and would therefore not wish to preserve them. He might judge that they violate and obscure fundamental values and principles; that they are like weeds sprung from carelessness and invasion. He would note that these policies and practices have their own advocates, those who wish to preserve them. These advocates might well take the name ‘conservative,’ but this would be a false conservatism. False conservatism is a holding to circumstance, not a regarding of principle. The false conservative wishes to preserve the status quo when it arbitrarily favors him; ‘arbitrary’ meaning without regard for the principle of justice. The false conservative, then, holds only to the principle of self-interest, and preserves circumstance only as it favors him. He may rationalize his behavior according to loftier ideas and motives, but he is essentially selfish in conviction and practice.

The false conservative is unable or unwilling to make the distinction between moral good and personal interest. In preserving the latter, he blurs, glosses or dismisses the former. He may do this in two ways. First, he might deny outright the existence of the moral order. What does not exist can make no claim on him. All is self-interest, and the essence of nature and human society is ‘might makes right’. Social Darwinism makes plain what is obvious to everyone, however much sentiment or fancy might wish otherwise. The second way is to equate the moral good and personal interest, recasting the former in the image of the latter. This is self-righteousness. What I own and do is totally consonant with principle, and beyond reproach. Therefore I need make no adjustments. I have nothing to learn and nothing to sacrifice.

The true conservative, then, is absolutely conservative with respect to principle, but is only relatively conservative with respect to circumstance. He promotes practices and policies that can be justified, but he does not conserve what cannot be justified, even where his self-interest is at stake. “Eternal vigilance is the price of freedom.” ‘Eternal vigilance’ characterizes the unchanging faithfulness of the true conservative. This absolute stance, in regard to principle, may necessitate a liberal or revolutionary expression in circumstance. That is, the holding and extension of principle requires, by turn, sometimes a holding, and sometimes a changing, of forms and practices. Thus, in the realm of change, the true conservative is known at one time as a ‘conservative’, and at another time as a ‘liberal’. What makes him a conservative is his faithfulness to the unseen, but thinkable, reality of reason.

Now, the most fundamental principle known to human kind, universally, is Love. By Love I do not mean merely personal affection or erotic emotion, though these may under the right circumstances be expressions of Love. By Love I mean what is known and expressed variously as unity, harmony, cooperation, justice, equality, dignity, and liberty. Again and again, through long ages and various cultures, celebrated individuals, honored for their wisdom and vision, have enunciated and urged the principle of Love. Without a relatively widespread recognition of this principle, the American Revolution would have been impossible. Thomas Paine’s Common Sense would have made no sense. The self-evidence of “We hold these truths . . .” in the Declaration of Independence would have been without witness. As the truest conservative is the one who reaches and holds to the most enduring and fundamental principle, the person who clings to, protects and extends Love is the true conservative. He realizes his good is bound up with the good of others. He does not shrink from this fact and its implications. He refuses to settle for a lesser equilibrium. He refuses all forms of self-enclosed ignorance, or self-justified inertia. He does not seek peace in separation, nor justification through condemnation. To the contrary, he sees himself as the trustee of the latent light of Love in all human hearts, and counts no cost too great for Its emancipation. He understands well Emma Lazarus’ reference to the “imprisoned lightening” (Statue of Liberty), and recognizes this release within the human heart as the true Work of these States.

Let, then, nominal conservatives take stock, and measure themselves by the principle of Love, and its demanding courage. Let them discover if their houses are built upon shifting sand or enduring stone. Let them reach beyond temporary labels of ‘conservative’ and ‘liberal’ to find brethren of the heart behind diverse masks of party, gender, race, and association; and find others, too, who have forgotten that they are also of the heart, yet may be reminded through respect and patient example. The two great conservatives of the 20th century are Gandhi and Martin Luther King, Jr., for they were faithful to Love, and to Love’s presence in both friend and foe. To be conservative is to be inwardly faithful, and outwardly kind. Love is the real core of our being, and any abandonment or betrayal of Love is a failure to conserve what really matters.

True conservatism must be in mind, heart, and discourse. If I spread fear and distortion through discourse, in order to summon outrage in others, I fail to be a conservative. For I have failed to conserve Love, the ultimate principle. “There is no fear in love, but perfect love is the casting out of all fear.” I may set mass action in motion, but it will have no lasting relevance. I have only confused others about the objects of loyalty, and therefore I have impeded their growth as true conservatives. In their confusion, they will identify with and promote something less than fundamental, and their efforts to build on that basis will be undone by time. Justice will in time correct their distortions, for justice faithfully works from the real foundations of Love. This is because Love is Reality. “God is Love.” 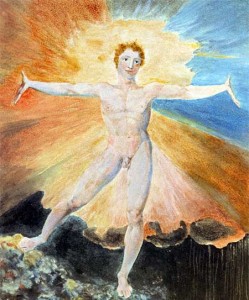 When you come to the river crossing of Death, don’t
bring your wallet, credit cards, cash. Pictures of your beloved,
leave those too. Don’t wear a cross around your neck.
Your family’s Koran leave closed on the shelf. Don’t come
expecting pet views and peeves to amount
to anything more than moments of Sun on
the glinting surface of Be.

When you come
to the that still and moving Body of Omniscience,
unclasp your clothes, let them fall. Cut
your hair to the scalp. Know then the smallness
of your life’s speech, the vanity, the noise, the
irrational tangle of gaggle and gasp. Only then
will you know the truest Word was God
riding your breath in the surrendered silence
of dreamless sleep. Recall then
what the unlearned body never forgot.