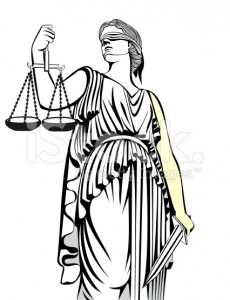 Our country suffers from a peculiar schizophrenia when it comes to the notion of equality. In idealistic moods we want to affirm it; in practice we often trounce it. We readily defer to the words of the Declaration of Independence, “that all men are created equal,” but what this means exactly is not very clear. Is this some sort of inherent equality? Some invisible metaphysical dimension? Obviously the statement is not supported by empirical evidence. Or is this really an ethical principle—a guideline for how we should frame rights and duties—no special privileges based on class or wealth; no special access to the law? Men judged not by their wallet, ancestors or skin color, but by “the content of their character.” It’s that ‘judging’ business—equality erases differences; judging defines them.

Political equality is a concept with enough sentimental force to compel assent, and enough obscurity to guarantee controversy. The ideal was never articulated with all implications spelled out. Like a seed, it has required root and growth to take shape; and so the slow sequence of political awakenings in civil rights, universal suffrage, workers’ rights, child labor laws, environmental laws, etc. Justice means fair dealing. Equality is justice in practice.

And yet, a strong stripe of American character loves inequality; believes, in fact, that inequality is essential to the meaning of America. These are usually the standard-bearers of meritocracy. Equality here means equal access to the game; but beyond that it is up to you to make something of yourself. The real meaning of America is that everyone has access to the good life; though only a few may enjoy it. And that is no contradiction. Winners distinguish themselves, and enjoy exclusive rewards and standing. Equal in access; unequal in outcome. It really is all about winning. To artificially equalize outcomes would be a misapplication of the principle of equality. To neuter the possibility of enjoying The Big Win is to vacuum the passion out of life. Where’s the beef? This is the stuff of vegetarians and tree-huggers. This is sissy European socialism.

I have lived in southern California my whole life, and tend to be left-leaning. At a family reunion a year ago in North Dakota, I found myself in a long conversation with the wife of a mid-western cousin. Exhausting pleasantries and trivia after twenty minutes, we slipped somehow into values and politics. She told me something I’ll never forget. “We are small town decent people here. We live simple, hardworking lives. We don’t want all of the perversity and complexity of the big coastal cities. People in California do their children a great disservice by praising them no matter what, and telling them that everyone is a winner. Well, everyone is not a winner. We are honest with our kids about that. We tell them to fight to win, and there can only be one winner, and you won’t win all the time.” I hear in this a certain love of inequality, a cherishing of differences that help define reality. Difference is the voltage that supercharges values. Nothing would be so emasculating, and meaningless, as a game that kept no score and hurt no feelings. The greed to win and gloat over losers is regarded as healthy passion. It gives direction to life.

These issues, I think, swirled underneath the surface for a couple of minutes during the first Democratic presidential debate. This was the Socialist moment, when Anderson Cooper probed Bernie Sanders and Hillary Clinton about capitalism. The answers given meant less to me than the spectacle of the grilling itself. This was a red meat moment, a necessary ritual, with Cooper as presiding priest. And it was also a medical exam, with Dr. Cooper probing for disease. Could audiences be assured that these two, but especially Sanders, were real Americans? The precise meaning of capitalism is less important than the cluster of connotations evoked. It means the economic system “that made this country great,” and ‘great’ means ‘exceptional.’ American Exceptionalism means we are different and superior to other countries, by divine favor, red fang and claw, or some unholy alliance of both. The next leader of the free world had better cherish the conviction that the U.S.A. is superior to all other nations, and be willing to use force to maintain that position. That is, the next President must be willing to practice inequality, just like his predecessors.

Our confusions about ‘equality’ come to the fore with Bernie Sanders. Many strained and desperate working Americans resonate to his message. And yet, his “Democratic Socialism” appears a frightening phantom all the same, even though he has taken pains to rid the sting by reasoned explanation. People picture a big-government nanny state. They fear confining, immobilizing shackles of bureaucracy. They dread the loss of competitive edge, and a slip into weakness and vulnerability. And although they are tempted to go along with Sanders’s assertion that the present concentrations of wealth are not rationally or ethically justifiable, and are in fact harmful to the economy; still, they cherish the fantasy that they, too, will someday land The Big Win—by lottery, luck or discovery. Would they want President Sanders deciding what they keep, and what gets redistributed? Many working Americans paradoxically vote against their interests, and shout, “Hands off the rich,” because with the same breath they are muttering, “Hands off my dream.”