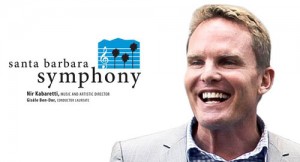 Australian native David Pratt recently joined the Santa Barbara Symphony as Executive Director after serving in the same position for the Savannah Philharmonic. Pratt also has held senior positions for the G’Day USA Festival connecting the U.S. and Australia, the Sydney Symphony Orchestra, the Australian Festival of Chamber of Music, and the Melbourne Film Office for the State of Victoria.